Read our declaration from the 66th OMEP World Assembly and Conference.

OMEP responds to consultation on Ofsted.

After World War II, a strong humanitarian concern led a small group of educators and others concerned for the welfare of young children to seek a way to engage others committed to these aims. 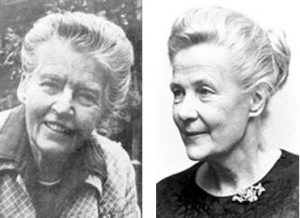 In 1946 Lady Allen of Hurtwood (UK) and Alva Myrdal (Sweden), with others from France, Denmark, and Norway, presented their plan for the creation of a world organization. The UNESCO Assembly in Paris greeted the plan with warm support, and the founders invited representatives of 19 countries from 5 continents to a World Conference on Early Childhood Education in Prague in 1948.

At that Conference, OMEP was born and Alva Myrdal was elected its first World President. The new organization was recognized then, as it is now, as the principal mechanism to bring together people from all over the world, without any criteria other than an objective to share information and initiate actions to benefit young children everywhere.

The second World Assembly, in 1949, drew representatives from 33 countries, and the third, in 1950, was attended by observers from the major intergovernmental agencies with related interests: UNESCO, UNICEF, and WHO.

OMEP is an international non–governmental and non-profit organisation with Consultative Status at the UN and UNESCO, defending the rights of children 0-8 years

Next week, Senior Lecturers Katie Crouch and Lucy Krebs will be presenting their research at the @OMEP_UK seminar series.

ECCE ensures the protection of all human rights, since these are interdependent. Educating is caring and care is only possible through education. Care, is watching over the other; care as ethics, by becoming responsible and committing to the other.
#ProtectEiENow

The committee are looking forward to a day of discussions today, and planning to move forwards! #planning #movingahead #omep

Today! Are you joining?

OMEP Seminar Series 2021-2022❗
5) ECCE and Privatization: towards inclusive access for all . 🗓 April 8
- LIVE ON YOUTUBE (in english): http://youtube.com/omepworldtv
- Or ZOOM with registration (in english, spanish and French. Limited quotas): https://forms.gle/uicPpbPm9dfg7h6x9

Support OMEP UK with a donation